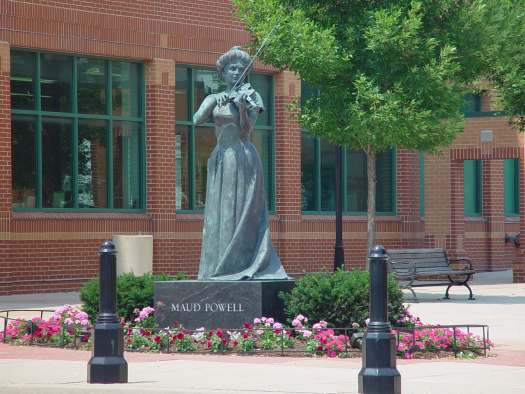 America's first great master of the violin, was born on August 22, 1867 in Peru, Illinois.  She grew up on the western frontier where her grandparents had been Methodist missionaries before the Civil War. She began violin and piano lessons in Aurora, Illinois, then continued her studies on the violin with William Lewis in Chicago for four years.  Her training was continued in Europe with the greatest masters: Henry Schradieck in Leipzip, Charles Dancla in Paris and Joseph Joachim in Berlin.

A statue of Maud Powell was dedicated and unveiled on July 1, 1995, in Peru's Fourth Street courtyard in the downtown area. Since its dedication, a Maud Powell Music Festival has been held annually.